Giddy up: help for plump ponies is fast on its way 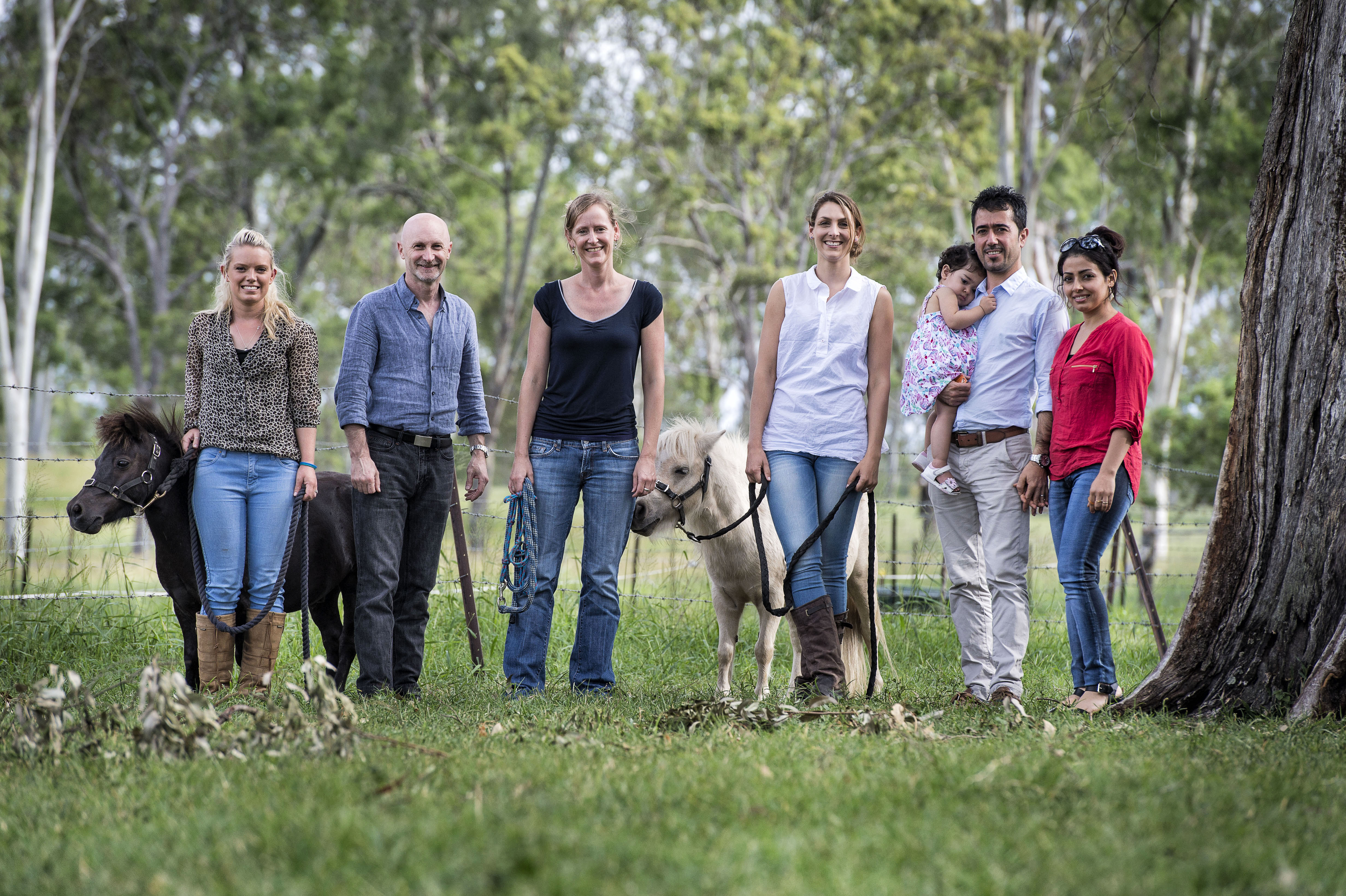 Help is on the way for plump ponies at risk of the painful, often deadly, condition of founder or laminitis which is the second biggest killer of domestic horses.

QUT Professor Martin Sillence, from QUT’s School of Earth, Environmental and Biological Sciences, said a new veterinary drug related to one used to treat human metabolic syndrome has been found to prevent laminitis in ponies with the equine version of metabolic syndrome.

“This is great news for horse and pony owners because until now we have not had a veterinary drug to prevent or treat laminitis which affects up to 20 per cent of ponies,” Professor Sillence said.

“Just like humans, ponies, particularly, and also horses, start to get fatter around the middle as they age especially when there is a constant and abundant food supply.

“In humans, metabolic syndrome is a condition where too much glucose enters the blood and the pancreas produces more insulin to cope. Eventually the pancreas fails, and diabetes develops.

“Our team discovered that in ponies something quite different occurs which led to the breakthrough finding that this common but mystifying disease was triggered by high concentrations of insulin.

“We discovered and that when some ponies over-eat energy-rich pasture or grains which release a lot of glucose, their pancreas pumps out even more insulin and this leads to insulin toxicity.

“The toxic levels of insulin break down the connective tissue in the ponies’ feet causing lameness and excruciating pain, with a recent overseas study finding a third of animals with this type of laminitis had to be euthanised within a year of developing it.”

Professor Sillence said the research team had found laminitis could be prevented by treating ponies that have high levels of insulin with a drug called velagliflozin.

QUT's Martin Sillence (2nd left) and his team are conducting a study looking at laminitis is ponies.“This drug belongs to a family of drugs developed to treat human metabolic syndrome by the pharmaceutical company Boehringer Ingelheim.

“It works by causing the kidneys to excrete more glucose in the urine to take the pressure off the pancreas and lower insulin levels.

“We have tested the drug in controlled trials here in Brisbane and now clinical trials are running on farms in Europe. When we have enough cases to prove its efficacy and safety, the regulatory bodies can pass it for use.”

Professor Sillence said the team had adapted a common oral glucose test to determine how high insulin had to be before the disease set in, which allowed prediction of which animals were at risk of developing pasture-associated laminitis.

“The breakthrough is the culmination of 10 years of QUT research that began when we discovered the cause of laminitis which had been unknown despite having been described 2000 years ago by Aristotle who called it the ‘barley disease’,” he said.

“Our research team has secured $3 million in research funding including three ARC grants and sponsors in Australia, the US and Europe to investigate the cause of and find new compounds to treat and prevent laminitis.”

Professor Sillence said the first flush of new grass in spring and autumn pastures was the most dangerous time for susceptible ponies and horses.

“Ponies and horses with metabolic syndrome should not feed on pasture that has been fertilised for fattening sheep and cattle, it is too rich, even though healthy horses seem to be able to manage this type of diet.

“But it is not just about the quality of the food they eat it is also about the quantity. If large quantities of unfertilised grass are available they will eat a lot.”

Professor Sillence said laminitis was more common in ponies such as Shetland and Welsh Mountain ponies that had been bred to survive harsh winters when snow on the ground killed the grass.

“When the grass appeared in Spring they would eat like crazy and absorb as much glucose as possible to store for the winter when they would lose weight by using up these fat stores.

“But now most domestic ponies do not experience seasonal food shortage and grow plump because they just keep eating and pack on the weight.”

The research article, The sodium-glucose co-transporter 2 inhibitor velagliflozin reduced hypersinulinemia and prevents laminitis in insulin-dysregulated ponies, was published in PLOS ONE.