When the Rider is Hot, the Horse is Hotter 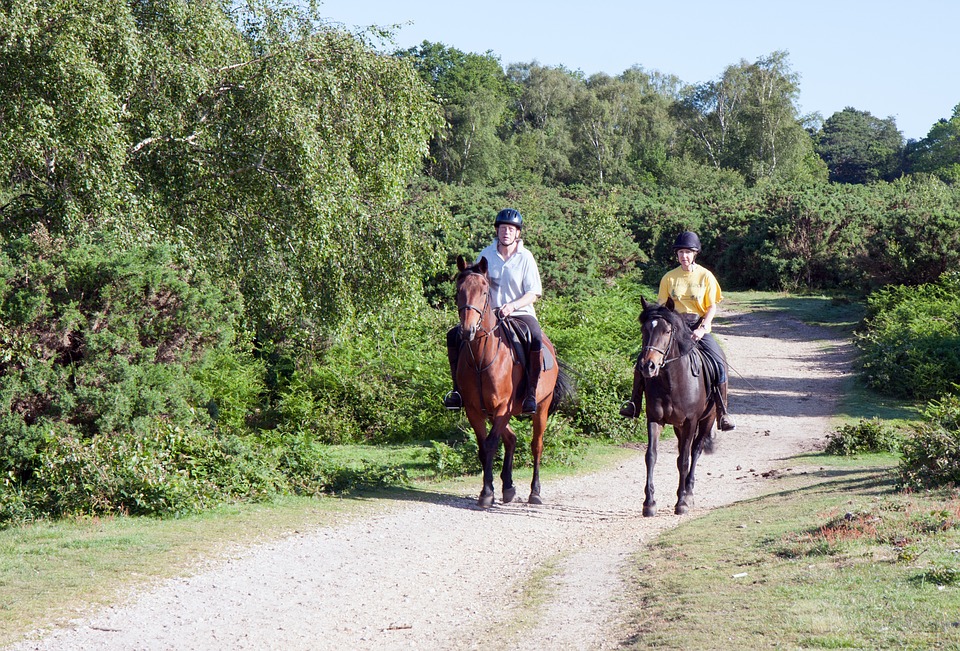 A hot humid day. One rider. One horse. Both are exercising at a moderate level. Who is more likely to overheat?

It might surprise you to know that your horse gets hotter much faster than you and is more susceptible to the negative effects of heat stress.

Prof. Michael Lindinger, an animal and exercise physiologist at the University of Guelph, explains: “It only takes 17 minutes of moderate intensity exercise in hot, humid weather to raise a horse’s temperature to dangerous levels. That’s three to 10 times faster than in humans. Horses feel the heat much worse than we do.”

And the effects can be serious. If a horse’s body temperature shoots up from the normal 37 to 38 C to 41 C, temperatures within working muscles may be as high as 43 C, a temperature at which proteins in muscle begin to denature (cook). Horses suffering excessive heat stress may experience hypotension, colic and renal failure.

Lindinger, a faculty member in the Department of Human Health and Nutritional Sciences, became interested in the effects of heat on horses when he was a lead researcher on the Canadian research team that contributed information on the response of the horse to heat and humidity for the Atlanta Summer Olympics. He recently presented a workshop on the topic at Equine Guelph’s outdoor Equine Expo held June 4 at U of G’s Arkell Research Station.

Horses are more susceptible to heat for several reasons, explains Lindinger. First, they are larger and have a higher percentage of active muscle than people do during exercise. When muscles are being used, they produce a lot of heat.

“Because so much more sweat is produced than can be evaporated, the rest just drips off the horse’s body,” says Lindinger. “By comparison, up to 50 per cent of the sweat people produce is evaporated from our bodies during exercise and helps to cool us.”

The salts in horse sweat are also four times as concentrated as in human sweat. Lindinger refers to a photograph of an area where endurance horses had been standing while their sweaty bodies were repeatedly scraped and cooled with water. As the liquids evaporated from the ground, the soil surface was left white because of the salt in the horses’ sweat.

“Those salts have to be replaced,” he adds. “Just giving the horse water will not rehydrate a dehydrated horse. When horses drink plain water, it dilutes their body fluids, and their bodies respond by trying to get rid of more water and more electrolytes.”

Horses also pant to dissipate heat, but Lindinger says this is only effective if the air is at least five degrees cooler than the horse’s body temperature.

His tips for protecting horses from the harmful effects of summer heat begin with teaching your horse to drink an electrolyte solution ― water with the right proportion of salts dissolved in it to replace sweat losses. “Start with a small amount in the water, allowing the horse to get used to the taste, and gradually increase it over days and weeks until you have reached the manufacturer’s recommendation.” Keeping your horse properly hydrated is the most important step in protecting it against the harmful effects of heat, he says.

If you’re preparing for a competition, Lindinger recommends trying to acclimatize your horse to the heat by spending four hours daily, at least five days a week for three weeks, in hot conditions. For best results, exercise the horse for an hour during the second hour of each of those days.

“Many riders will train their horses in the mornings or evenings, when it’s cool, then go to a competition held during the hottest part of the day. You need to get horses used to being ridden in the heat and allow them to develop the full spectrum of beneficial adaptations that come with heat acclimation.” Lindinger says that horses who have been through a process of heat acclimation will lose more heat through sweating and respiration and will be better able to stay hydrated because they are more likely to drink.

When your horse is hot, look for shade and breezes to help cool it down, but never use a blanket or “cooler” on a horse that is sweating, he adds, suggesting the best way to cool a horse quickly is to rinse the horse’s body repeatedly with cold water and scrape off the excess water.

“You can cool the horse two degrees in 10 minutes this way: pour on the water, scrape it off, pour on more, and just keep repeating it,” says Lindinger. “The scraping part is important because otherwise the water will be trapped in the horse’s hair and will quickly warm up. By scraping and pouring on fresh, cold water you keep the cooling process going.”

Just as equestrians pack a canteen of water, some sunscreen and a hat with a brim for summer riding adventures, Lindinger says they should also equip themselves with the tools needed to protect their horses from the heat and humidity. If you prepare your horse in advance and have a plan to cool him down if he becomes overheated, he says, even the hot, muggy days of summer can be great riding fun.