How the Vikings spread gaited horses across the world 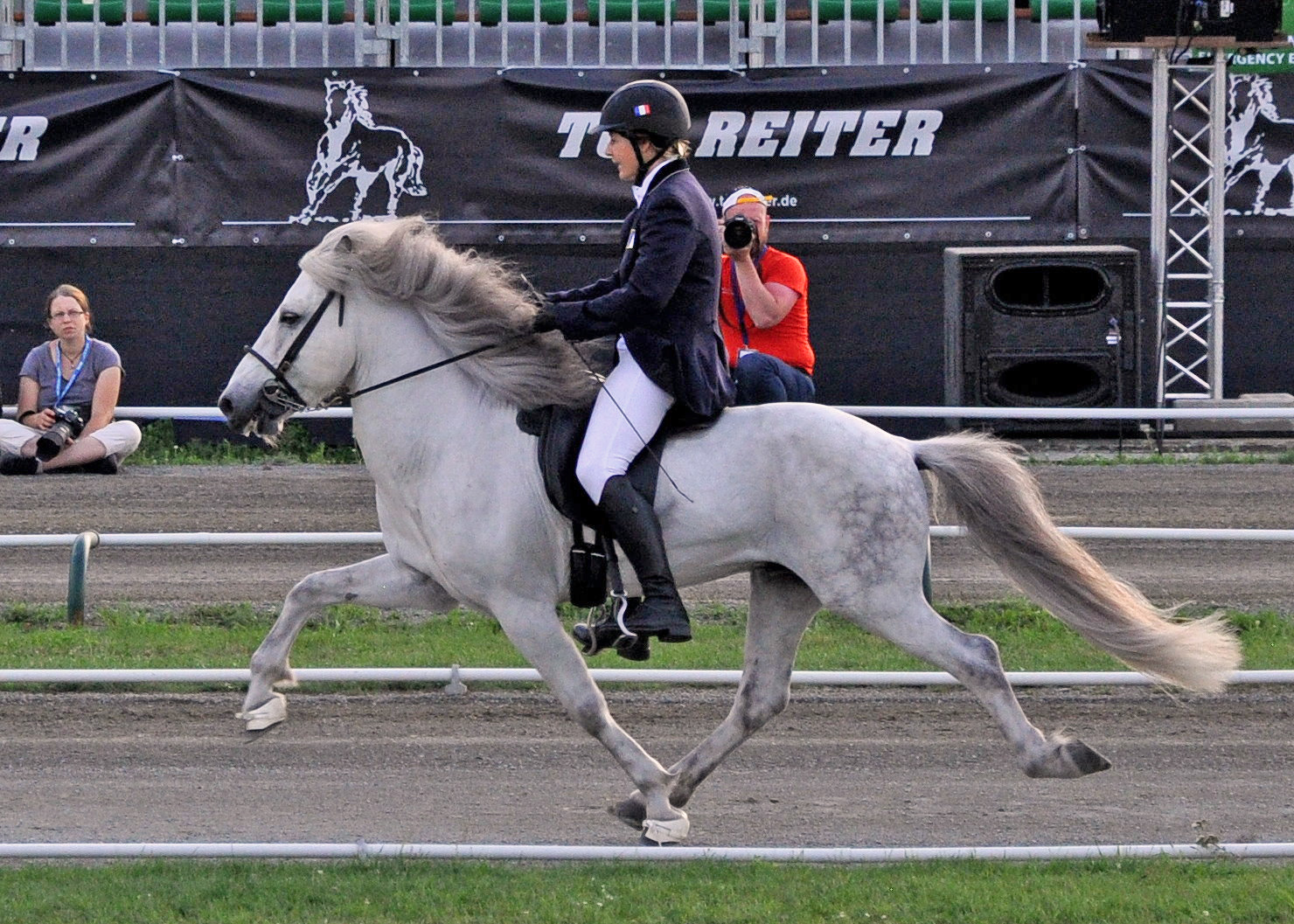 Some horses have special gaits, which are more comfortable for the rider than walk, trot or gallop. Now, a study by an international research team under the direction of the Leibniz Institute for Zoo and Wildlife Research (IZW) in Berlin revealed that these gaited horses most likely originated in the 9th century medieval England. From there they were brought to Iceland by the Vikings and later spread all over Europe and Asia. These findings were published in the current issue of the journal “Current Biology”.

Walk, trot and gallop are the gaits which all horses can master. However, riders who want to sit in their saddle more comfortably while still making good time on long journeys would benefit from choosing gaited horses. They are able to perform special gaits, like the ambling or pacing, which are typical for Icelandic horses and allow for a smoother ride. Responsible for this ability is a mutation in the DMRT3 gene, which was recently shown by a study with over 4,000 horses from different breeds. To investigate the history of gaited horses the scientist analysed this mutation in the genome of 90 horses from the Copper Age (6000 BC) to the Middle Ages (11th century). They detected the mutation in samples of two English horses from 850 – 900 AD and more frequently in Icelandic horses dating to the 9th – 11th century. Most likely the first gaited horses appeared in medieval England and were then transported to Iceland by the Vikings. Horses have existed in Iceland since 870 BC. In contrast, no European (Scandinavia included) or Asian horse of the same period carrying the mutation for the alternative gaits was found.

It is improbable that the English and Icelandic gaited horse populations developed independently from each other in such a short time. “It is much more likely, that the first horses ever imported to Iceland already carried the mutation for alternative gaits. The Vikings recognised the value of the gaited horses and preferentially selected for this trait – thereby laying the foundation for the worldwide distribution,” explains Arne Ludwig, geneticist at the IZW. Historic sagas also suggest that Icelandic horses exhibited the ability for alternative gaits at a very early stage. Although the origin of the Icelandic horse is not fully resolved, the general assumption is that they came to the island together with the Vikings. However, since the mutation was not found in Scandinavian horses of the 9th century, horses from other regions must have been brought to Iceland as well.

Historic records report that Vikings were repeatedly pillaging on the British Isles and conquered the region of today’s Yorkshire – precisely the region the two historic gaited horses originated from. “Taking that into account our results suggest that Vikings first encountered gaited horses on the British Isles and transported them to Iceland,” explains Saskia Wutke, PhD student at the IZW and first lead author of the study. The high frequency of the mutation for gaitedness in the early Icelandic horses indicates that the Icelandic settlers preferably bred gaited horses – apparently the comfortable gaits proved to be particularly suitable for long distance travel through rough terrain.