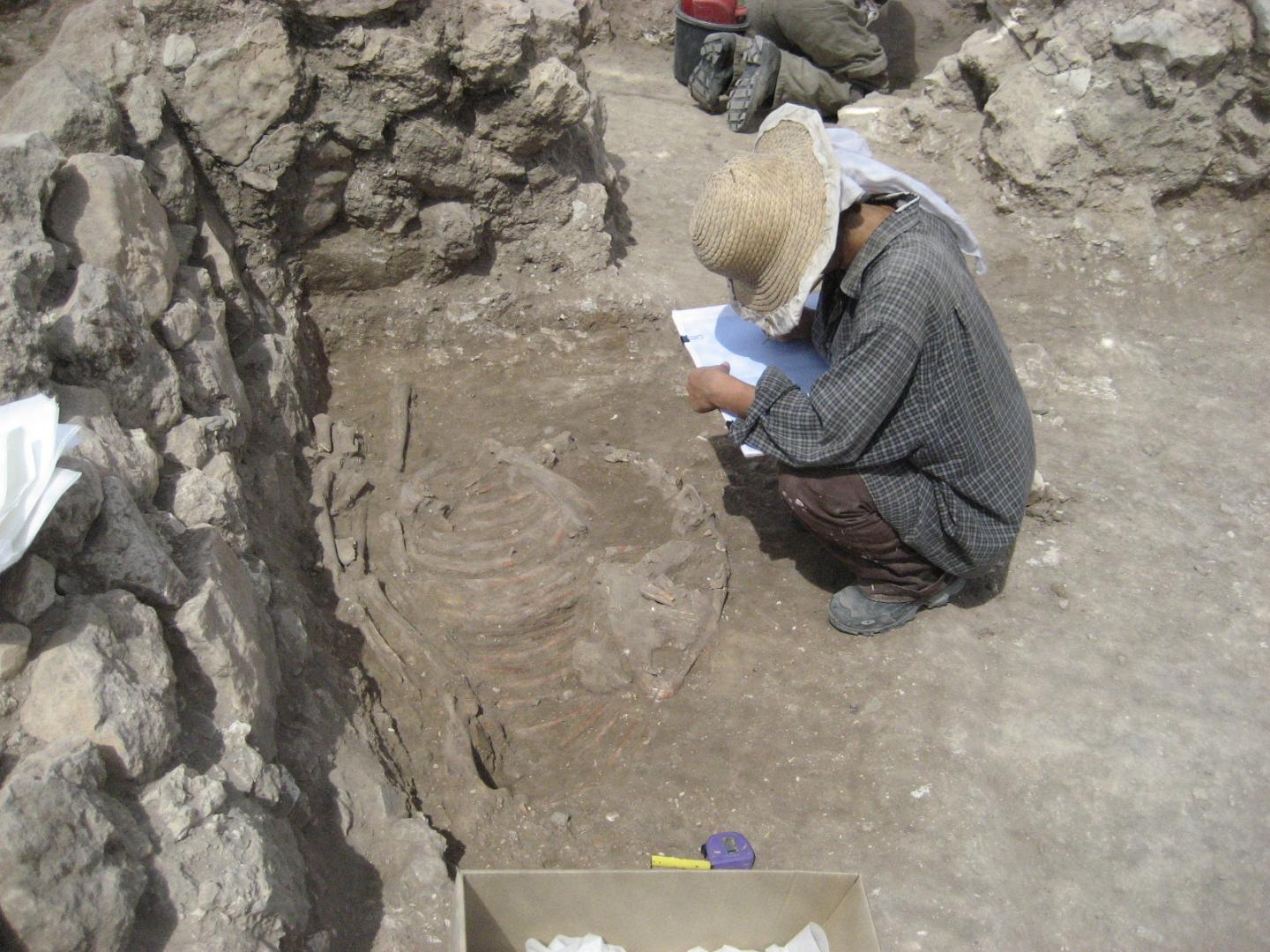 Donkeys may have worn bits as early as the third millennium BCE, long before the introduction of horses in the ancient Near East, according to a study published May 16, 2018 in the open-access journal PLOS ONE by Haskel Greenfield from University of Manitoba, Canada, Aren Maeir from Bar-Ilan University, and colleagues.

Donkeys are known to be used as beasts of burden, transporting goods in the Near East at the end of the 4th and beginning of the early 3rd millennium BCE. However, little is known about the history of riding donkeys during this early period. A bit is often used while riding to allow the rider more control over the animal, as opposed to a tether or nose ring which can simply prevent an animal from wandering, or lead an animal to a new location. Wear and tear on the teeth are often used as a proxy to identify whether or not a bit was worn.

Greenfield and colleagues excavated an ancient domestic donkey sealed beneath the courtyard of a house in Tell es-Sâfi/Gath, Israel. They used radiocarbon dating to estimate that the domestic donkey was likely buried around 2700 BCE. Using microscopy, they examined the donkey’s teeth, finding that the tooth enamel had been worn down on the Lower Premolar 2 (LPM2) in an uneven fashion that is indicative of bit wear. Normal tooth wear has been identified as more even and polished, yet the beveled surfaces on both of the LPM2 teeth specifically suggest that a bit may have been worn to control the donkey.

These findings suggest that donkeys may have worn bits in the ancient Near East as early as the 3rd millennium, long before the arrival of the horse. The researchers suggest that this early evidence of bit-wearing in donkeys emphasizes their significance as domesticated animals even at this early date, and this development continues to impact the political, social, and economic life of many third world countries today where donkeys continue to be an important means of transportation.