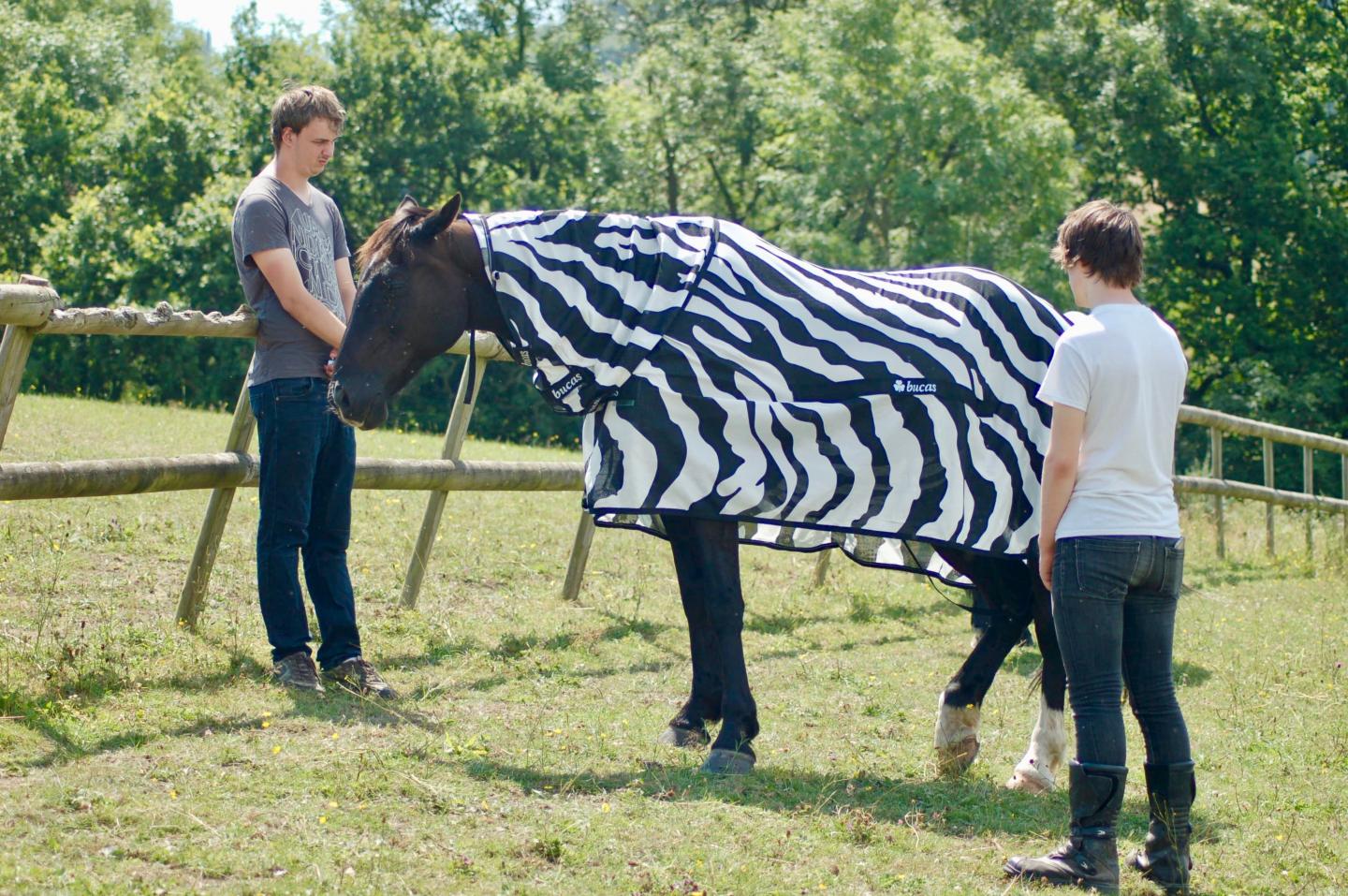 Scientists learned in recent years why zebras have black and white stripes - to avoid biting flies. But a study published today in the journal PLOS ONE probes the question further: What is it about stripes that actually disrupts a biting fly's ability to land on a zebra and suck its blood?

UC Davis Professor Tim Caro and Martin How of the University of Bristol led a series of new experiments to better understand how stripes manipulate the behavior of biting flies as they attempt to come in to land on zebras.

Taking place on a horse farm in Great Britain that kept both zebras and horses, the experiments entailed:

In the study, flies were just as attracted to zebras as they were to horses, indicating that stripes do not deter flies at a distance.

"Once they get close to the zebras, however, they tend to fly past or bump into them," said Caro, a professor in the UC Davis Department of Wildlife, Fish and Conservation Biology. "This indicates that stripes may disrupt the flies' abilities to have a controlled landing."

"Stripes may dazzle flies in some way once they are close enough to see them with their low-resolution eyes," said How.

The study also noted that zebras and horses respond very differently to the presence of flies. Zebras swish their tails almost continuously during the day to keep flies off; they stop feeding if bothered by them; and if the flies are particularly persistent, the zebras will run from them. Horses, on the other hand, primarily twitch and occasionally swish to ward off flies. As a result, any flies that actually contacted zebras were soon dislodged compared to horses.

Researchers do not yet understand why zebras evolved these sophisticated defense mechanisms. A possible explanation is zebras may be highly prone to infectious diseases carried by African biting flies, although that hypothesis requires further study.

The study's co-authors include Yvette Argueta from UC Davis; Emmanuelle Sophie Briolat, Maurice Kasprowsky, Matthew Mitchell and Sarah Richardson of the University of Exeter; Joren Bruggink of the Netherlands' Aeres University of Applied Sciences; and Jai Lake from the University of Bristol.

Joren Bruggink of Aeres University of Applied Sciences, at left, and Jai Lake of the University of Bristol investigate how horse flies behave around horses wearing different colored coats. This was part of an experiment led by UC Davis, focused on why zebra stripes are so good at warding off biting flies. Credit: Tim Caro/UC Davis