Swishing tails guard against voracious insects with curtain of breeze 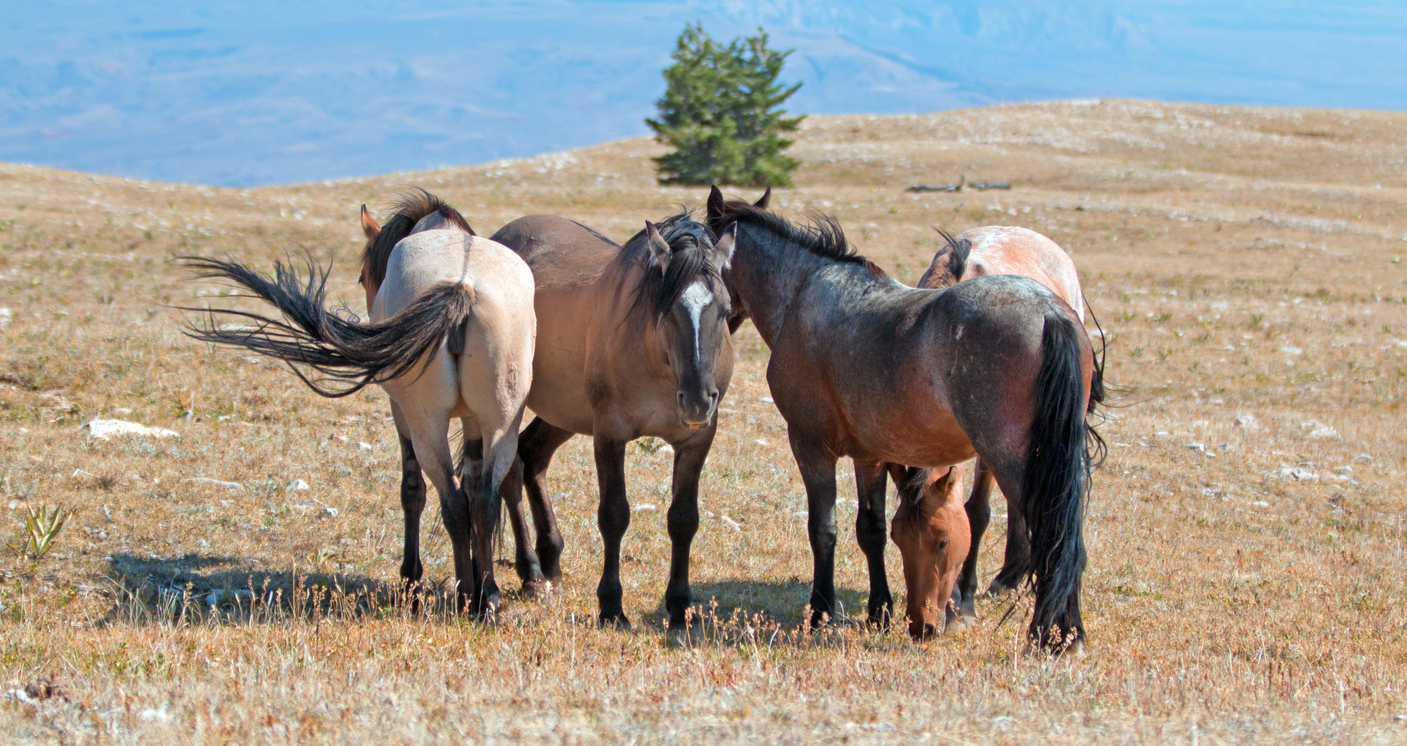 Bothersome insects are a predicable summer hazard. Swatting them can almost become a sport, but some irritable horses enjoy taking shots at something larger.

'I have been hit many times in the face, and even the eye, by a naughty horse's tail... Sometimes it seems like they're actually aiming for you', laughs Marguerite Matherne from the Georgia Institute of Technology, USA, who recounted the anecdote to her PI, David Hu, when she joined his lab. With a track record of interest in the mechanics of animal grooming, Hu's imagination was gripped. How could the horse aim a tail flick with such deadly precision? '[It] seemed like a question "hidden in plain sight"', chuckles Matherne, recognising that the puzzle presented her with the ideal opportunity to combine her life-long passion for all things equestrian with a career in biomechanics. Matherne, Hu and colleagues publish their discovery that animals swish their tails to generate a curtain of breeze that wafts insects away in Journal of Experimental Biology at http://jeb.biologists.org.

'Most people assume that horses and other mammals swing their tails as some kind of deterrent for bugs; we wanted to provide scientific evidence for this claim', says Matherne, who travelled to the stables where she had ridden as an undergraduate to film horses swishing their tails while under attack. For comparison, she also visited Zoo Atlanta, USA, to film the rear ends of animals ranging from giraffes and zebras to elephants.

Back in the lab, Kasey Cockerill and Mihir Bellamkonda painstakingly digitised the movements of each animal's tail, breaking the motion down into a jointed pendulum, with the skin and bone portion forming the upper pendulum and the hairy tassel forming the lower. However, when Matherne calculated the natural frequencies at which the tails should swing, she was surprised: the animals were swinging their tails three times faster and using 27 times more energy. Puzzled by the apparent profligacy, Matherne and Hu wondered whether they were swinging their tails faster to intercept more insects. However, the sums didn't add up: even at the top speed (0.35m/s for the tip of a horse's tail) they could only intercept one insect every 90 s. However, when the duo purchased a horsewhip made from hair, they were surprised to see mosquitoes take flight even when the whip merely whistled past. Were the tails generating a breeze that was sufficient to repel potential bloodsuckers?

This time, Matherne constructed a robot tail, built from a strip of black plastic attached to a fan motor, and filmed the effects as mosquitoes flew near. When she compared the number of insects that failed to land on the flat ceiling above the spinning fake tail with the number when the tail was static, the robot successfully deterred 50% of the pests. In addition, the approaching insects seemed unaware of the model until they were close enough to feel the 1m/s breeze generated by it, when they veered away. Yiyang Zhou also calculated the turning power that the animals must generate at the base of a tail to swat insects that penetrate the protective breeze, and it was similar to the power generated by a jumping human adult, well within the range of the animals' buttock muscles.

'[Animals] swish their tails at a tip speed that generates a small air flow, which is enough to blow mosquitoes away before they even reach the body', says Matherne, which explains why they invest so much energy whisking their tails to and fro. But the team adds that cosmetic tail docking may be more of a welfare risk than we had realised. They say, 'Shortening the tail length would inhibit a horse's ability to shoo away hazardous biting insects', potentially leaving the animals vulnerable to blood loss and infection.