Damage found in the bit area of most Finnish trotting horses 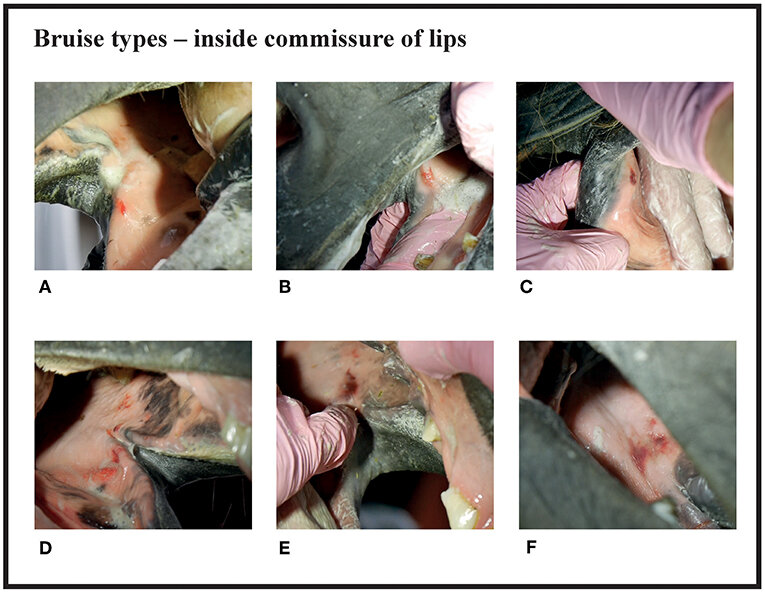 In a Finnish study, damage was found in the part of the mouth affected by the bit in more than 80 percent of trotters examined after a race. However, such damage is easily overlooked due to being out of sight.

"Soft tissue damage associated with the bit is a common concern in the equine world, but no prior studies on the topic have been carried out among trotters in Finland. This is why we surveyed the oral health of trotters after a race as part of a welfare project coordinated by Suomen Hippos, the Finnish trotting and breeding association," says veterinarian Kati Tuomola, a doctoral student at the Faculty of Veterinary Medicine, University of Helsinki.

A total of 261 randomly chosen horses between 3 and 15 years of age were examined for the purposes of the study. The horses took part in 115 races in 10 different meetings at four tracks in western Finland. Of the total, 78 were Finnhorses, an indigenous coldblood breed, while 151 were warmbloods and 32 ponies. Each horse was only examined once in the study. Of the 261 horses examined, 84 percent had injuries in the bit area. According to the classification used in the study, 21 percent of the horses had mild lesions, 43 percent moderate lesions and 20 percent severe lesions.

"Oral examinations require a headlamp and nimble hands, but other than that the procedure is fairly easy. Examining the mouth only takes a couple of minutes, something that could be done by the horse's caretaker or trainer as part of their weekly care routines," Tuomola says.

"Our findings are in line with a handful of previously completed studies. However, comparisons are difficult without the establishment of a standardized system of classification for injuries. This is why we hope that the system developed by Kati Tuomola in this study, which is suited for use in the field, will make it easier to conduct comparative research," says Professor Anna Valros from the Faculty of Veterinary Medicine.