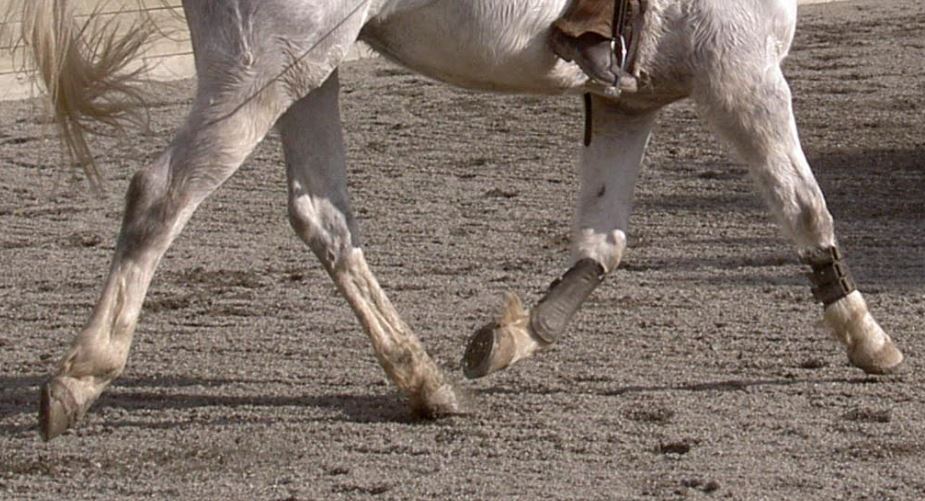 Latex exposure could be detrimental to a horse's respiratory health. That's the surprising discovery from Morris Animal Foundation-funded research at the Royal Agricultural University and University of Nottingham. While further investigation is needed, researchers say latex could be among the allergens responsible for causing severe equine asthma (sEA), a serious horse ailment with limited treatment options. The team published their findings in the Nature journal Scientific Reports.

The finding came from a larger study that applied a new, more-comprehensive microarray platform to determine the precise allergens within horses' stable dust that elicit sEA. Researchers tested nearly 400 extracts and proteins associated with the equine environment on blood samples from 138 horses from Switzerland, France, the United States and Canada.

The study revealed several previously suspected allergens, such as pollen, mold and insect proteins, are likely involved in sEA, but the most surprising finding was the implication that natural rubber latex might also play a role. In fact, four of the five most significant allergens associated with sEA were latex proteins. The fifth was a protein from Aspergillus fumigatus, a common fungus previously linked with sEA. Until now, latex had not been tested due to limitations associated with classical allergen assessment methods.

"Research to date has generally implicated fungi and bacteria as the predominant allergens associated with sEA, so this was a little unexpected," said Dr. Samuel White, Senior Lecturer at Nottingham Trent University, and the lead author of the paper. "We would need to learn more about how these allergens affect actual predisposed horses, but avoidance of latex allergens may still be beneficial."

Horses primarily come into contact with natural rubber latex on artificial riding surfaces, like arenas and racetracks. Urbanized environments, which also have higher levels of breathable latex from car tires, have been identified as a risk factor in sEA, as well.

The high level of breathable dust associated with training on artificial surfaces has already been linked with chronic bronchitis, inflammation and oxidative stress in riding instructors, and latex has long been associated with a variety of respiratory conditions in humans.

Severe equine asthma, which closely resembles human asthma, is a debilitating and chronic allergic respiratory condition. Diagnosed in all breeds, it affects 14% of horses in the Northern Hemisphere. When exposed to allergens, these horses can experience inflammation and constriction of the airways, as well as excessive mucus production. sEA also is known as heaves, recurrent airway obstruction and chronic obstructive pulmonary disease.

"This new finding highlights the need to better understand the potential health effects of the environments we expose our horses to," said Dr. Janet Patterson-Kane, Morris Animal Foundation Chief Scientific Officer. "It's crucial that we identify which allergens might cause them distress so we know what to avoid as well as develop appropriate treatments."

The team plans to conduct further research to establish exposure levels of latex in a horse's daily environment and demonstrate the benefit of avoiding latex.

Morris Animal Foundation is funding other studies to address equine asthma. One is investigating if targeting a specific protein is a viable new therapeutic strategy to treat the condition. Another is examining differences in mast cell subtypes found in the airways of heathy and asthmatic horses to help identify better diagnostic and treatment strategies for equine asthma.