No Accolades For Horses That Don't Make The Grade 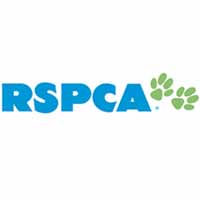 The Melbourne Cup winner will inevitably be revered by the nation but the RSPCA is urging punters to spare a thought for the thousands of horses that don't make the grade.

A report commissioned by RSPCA Australia from the University of Queensland's Centre of Animal Welfare and Ethics (CAWE) has reinforced the wastage in the Australian racing industry, with thousands of young and often healthy horses sent to knackeries and abattoirs every year. Data collected from an Australian abattoir found that the majority of horses processed (60%) were seven years of age or younger and over half were easily identifiable as originating from the racing industry. Researchers Amanda Doughty and Andrew Robins found that over 80% of horses killed had hoof problems, with the most common being grass cracks in the toes, indicating the horses had not recently been properly cared for. {sidebar id=3}"This information supports previous research that highlights the degree to which racehorses are treated as commodities in this country," RSPCA Chief Scientist, Dr Bidda Jones, said. "We already know that the horsemeat industry represents a significant direct destination for many racehorses. To date there has been little research done in this area so this report adds another crucial piece to the puzzle. "Australia is estimated to produce between 18,000 and 20,000 Thoroughbred foals every year. Only 300 in every 1,000 foals born will actually end up racing, with just a small proportion of those racehorses proving profitable. "It's estimated that more than one third of Thoroughbreds in Victoria will be lost to wastage every year, largely due to poor performance, but also through illness or injury, behaviour problems while some become breeders. "There are only so many surplus horses that can be used by the equestrian industry or that can go into breeding, and the number of young horses entering the abattoir is evidence of this. "Unfortunately, the Australian Racing industry often treats horses as either born winners or losers, with little options for those that aren't considered to be up to scratch. "The industry should work harder to prevent premature retirement from racing or breeding, reducing unnecessary wastage and better matching demand for them in other sectors, including the horsemeat industry. "The average punter doesn't realise the sacrifices made to breed one Melbourne Cup winner. Viewed is probably assured of a nice future but for many others, being put out to pasture isn't as pleasant as it sounds." The full RSPCA / QLD University Report can be downloaded from the RSPCA site.