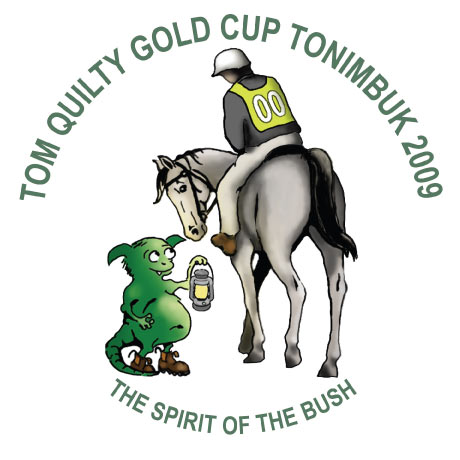 The countdown is on, planning is in full swing and the excitement is starting to build as the 2009 Tom Quilty Endurance Ride draws closer.

The countdown is on, planning is in full swing and the excitement is starting to build as the 2009 Tom Quilty Endurance Ride draws closer. With only five months to go until Australia’s premier endurance horse ride, organisers are working feverishly preparing for this major event scheduled for 18 September at Tonimbuk, Victoria. The Tom Quilty Endurance ride is an internationally acclaimed endurance event attracting riders and horses from around the world. The event tests the skill and fitness of horse and rider as they compete to finish 160km within 24 hours. "This year’s Tom Quilty course is sensational," says Event Director, Lissy Verity. "Based at the world-class Tonimbuk Equestrian Centre, the course includes the beautiful surrounds of the Bunyip State Park, whilst also traversing private land, bush tracks and all weather roads. It is a highlight on the international endurance calendar without a doubt," she says. Despite part of the track being affected by the February bushfires, organisers guarantee the course will be ready for the September ride. Visitors and spectators won’t be disappointed either as this picturesque area is also home to many wonderful wineries, restaurants and interesting tourist destinations. An experienced endurance ride organizer, Lissy knows better than anyone what is involved in running an event like this. "It’s expensive, requires many volunteers and consumes enormous man hours to prepare for and to host, "she says. "We are totally reliant on fundraising and sponsorship and given the current economic climate we are having to work even harder to raise the necessary funds to ensure a successful ride." {sidebar id=3} Organisers are busy preparing for a major fundraising dinner in July to be held at the Cardinia Cultural Centre, Pakenham in the hope they can raise $25,000. One organisation that has already shown its support is Cardinia Shire Council. Council has committed significant funds and in-kind support, without which organisers would have faced an even harder financial challenge. Cardinia Shire Council Mayor Cr Bill Pearson says he is looking forward to the event, adding the Tom Quilty Gold Cup will put Tonimbuk – and Cardinia Shire – on a global stage. "It will be a fantastic spectacle and we expect thousands of people to be here for what will be one of the biggest events ever staged in Cardinia Shire," Cr Pearson says. "Council is proud to be supporting the Tom Quilty Gold Cup and we hope the local community and businesses really get behind what will be a fabulous showcase of equestrian skill and stamina." For more information about the fundraising dinner or to book tickets please contact Sue Cousins on 03 56292530 or visit the Tonibuk Gold Cup website.