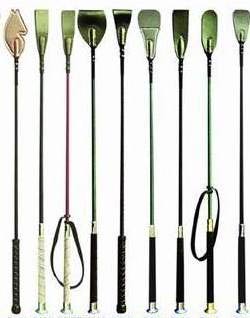 Norfolk Horse Training and Equitation Club (NHTEC, formerly known as the Norfolk Natural Horse Group) has asked the British Horse Society (BHS) to consider a ban on the use of whips as punishment, after similar rules were made in Scotland and Denmark.

In April 2009 the Scottish government amended its Code of Practice for the Welfare of Equidae to include new rules governing the use of whips with equines. Part 58 of the Code of Practice states “It is an offence to cause an animal unnecessary suffering; therefore, any discipline should be appropriate, timely, reasonable and proportionate. A whip or a stick should only be used as an additional aid, not as a means of punishment.” The 75 point A4 document is a practical guide for owners and keepers responsible for equines in Scotland and details a set of underpinning principles of horse care which cover the various management systems and circumstances in which horses are kept in Scotland. The code, which caters for all equines including domestic horses, ponies, donkeys, and mules, highlights the duty of care that falls to those owning or managing horses. It runs through specific needs for a suitable environment and diet, and the importance of horses being able to exhibit natural behaviour. In particular strong emphasis is placed on the need for those looking after horses to be knowledgeable before they take on the responsibility of equine care. Now there are calls for the same measures to be introduced in England. Johanna Macarthur of NHTEC told Horse & Hound magazine, "Banning the whip in competitions begins a journey toward empathy and an improvement in welfare." The BHS code of practice currently states that the use of the whip is permissible to "encourage the horse forwards" and "to reprimand the horse". {sidebar id=3}BHS senior welfare executive, Lee Hackett, told H&H, "We could not support an outright ban. Whips should be used at an appropriate time with an appropriate amount of force." In 2007 the UK Racing industry adopted the use of “higher welfare” foam whips as an industry standard. The practice will be introduced to Racing in Australia from August 1st 2009. Equestrian Australia, the governing body for Equestrian sports in Australia, states in its General Regulations (Article 142) “No person may abuse a horse during an event or at any other time”. It further states “ ‘Abuse’ means an action or omission which causes or is likely to cause pain or unnecessary discomfort to a horse, including ... To whip or beat a horse excessively.”