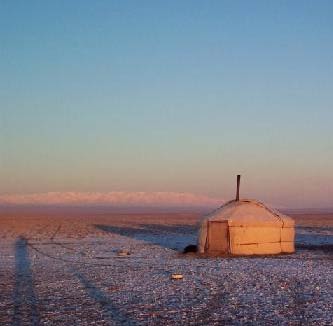 The Adventurists, organisers of the Mongol Derby, release an update on an extensive horse welfare program and logistical support network for their pioneering adventure across Mongolia

The Mongol Derby is set to be the world's longest horse race – the first of its kind and very likely a Guinness World Record (TM). A 1000-kilometre multi horse race across the wild Mongolian Steppe consisting of 25 riders from around the world who are also raising huge sums of money for charity projects in Mongolia. Created and managed by UK based company The Adventurists, with support from a veterinary NGO based in Mongolia and respected British and Mongolian equine experts, the Derby is about poking at the very boundaries of human adventurism. The riders are taking on 1000km of wild Mongolian steppe while the horses travel just 40 kilometres each between staging posts. Not an endurance race by definition or affiliation, the Derby is an adventure primarily and multi-horse race second. An extensive veterinary program has been established to ensure the welfare of the horses remains absolutely paramount from the point of horse selection. GPS satellite tracking will allow expedition medics and on-call veterinarians to respond to riders in an emergency along the route. Tom Morgan, founder of The Adventurists, commented, “The Mongol Derby is going to be an amazing adventure and we have a fantastic team of equine experts and veterinarians to make the concept a spectacular reality this summer, with horse welfare firmly at the top of the agenda at all times. The riders will need to be made of seriously tough stuff to succeed, but they are a splendid bunch. Now that we have established the route and finalised the extensive horse welfare program and emergency backup systems we're set for a pioneering and probably record-breaking first edition of the world's longest horse race.” Veterinary Support
There are two types of veterinary support for the horses on the Mongol Derby. The first is a long term health checking program to ensure the horses are prepared and healthy for the event. The second is our support network to provide expert on-call veterinary support to all the horses during the race. Tom Morgan said, “(While) our websites may be written in a humourous tone we do take what we do incredibly seriously, particularly when it comes to animal welfare for the Mongol Derby - we think that perhaps this tone is sometimes misunderstood. It's also important to point out that horse welfare has been at the very top of the agenda since the very beginning of the Mongol Derby way back in early 2008 and these systems have been in development for quite some time.” The organisers have been consulting a Mongolian veterinary NGO as to how best care for the horses before, during and after the race. Using their network of trained vets, as well as world class veterinary medicines, the Derby horses are going to be expertly looked after. A British equine vet with 32 years of experience will also fly out to Mongolia and follow the Derby in one of our fleet of back up jeeps. Finally, the chief equine vet of Mongolia’s Ministry of Agriculture will be working alongside our British and Mongolian vets to share experience. Emergency Back Up
In a ground breaking move away from their traditional fare of small car and three wheeled adventures across continents without any back ups, The Adventurists have designed a system that will allow the riders a sense of freedom in the knowledge that an emergency beacon can be activated if necessary. A fleet of jeeps with expedition medics will be on standby throughout the race. The Course
The route starts in Kharkhorin soum, swings south of Ulaanbaatar and ends in Khentii aimag 1000 km later. The exact race route including the Morin Urtuus (Mongolian for horse station) has been plotted by GPS co-ordinates. A recent revision was made to increase the number of water sources and all of these have been clearly plotted so the riders always know where the nearest source of water is along the route. {sidebar id=3}The Adventurists are aware of certain statements in the media and want to take the opportunity to clarify the situation and allay any concerns that may have been caused. For further information on the Mongol Derby, please read the 'Mongol Derby Horse Welfare and Race Logistics Information' document. The Adventurists are keen to point out that The Mongol Derby is NOT an endurance race, and has never been described as such. It is however a test of endurance for the riders, who have to ride the full 1000 km course. The Mongol Derby will have a route marked out by the horse stations and extensive list of confirmed water sources. All the riders have to change horses at every 40 km urtuu point, thus giving the route a definite structure, and every rider will carry both a detailed map and a GPS unit with details of wells, rivers and water sources along the entire route. The Mongol Derby course was carefully mapped with water and suitability for horses as a main consideration. Although the Mongol Derby is a race, it is, above all and primarily an adventure, an adventure that will raise over $50,000 for Mongolian charitable projects. The Mongol Derby is organised by The Adventurists in partnership with Tengri Group in Mongolia. Official website of the Adventurists Mongol Derby. See Also
Equestrian & Endurance Leaders Condemn Unethical Horse Race Matilda Flies The Flag In World’s Toughest Horse Race