Whittlesea Show On The Go 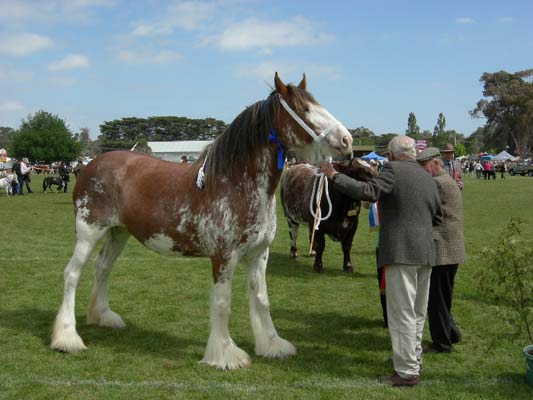 With less than three weeks until the festivities begin, showgoers – both new and seasoned – are gearing up for a massive weekend.

Jack Eadon and Jim Clements are two of the show’s longest serving members, with well over a century’s service between them. Both are life members of the Whittlesea Agricultural Society, with the fifth generation of the Clements clan continuing the farming tradition in the district. Mr Eadon, a renowned Australian showjumping champion, first began riding at the show “after the war, about 60 years ago” and said he still looked forward to working in the equestrian arena each year. “You never know what you’re going to get until all the entries come in but as far as the horse section goes, we always have a very good program,” he said. “It’s always very competitive. We’ve had horses here that have gone through Whittlesea and gone on to the (Olympic) games.” Horse superintendent Lyn Lee said this year’s program would be bigger than previous years, with additional attractions to reflect the district’s early pioneers, providing a jam-packed weekend of equestrian features. “In our feature classes on Saturday we welcome back stockhorses and a full day of light harness and showjumping, which has an increased program starting at 12pm Friday,” Ms Lee said. “Saturday afternoon we will have the finals of the bending and flag races on the main arena. {sidebar id=3}“Then on Sunday the majestic Clydesdales, working draught and heavy delivery will be judged as our features, along with pony club, standard Shetlands, Welsh, Arabian miniature horse and ponies and of course, the ever-popular Topsy ring.” The 150th Annual Whittlesea Show will run from 6 to 8 November at the Whittlesea Showgrounds, with carnival, craft, commercial and more attractions for the whole family.