Crossbow Horse Killer Out On Bail 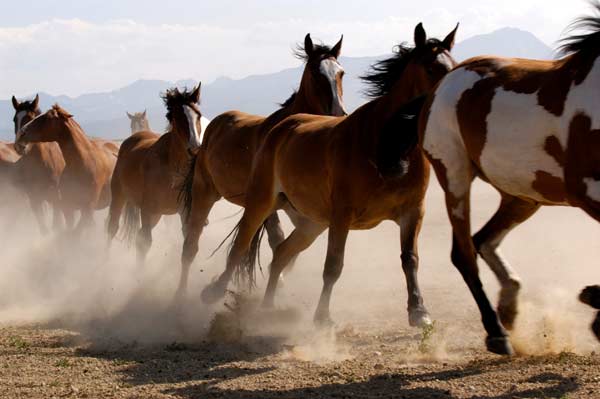 A 30 year old man appeared in the Norseman Magistrates Court on Tuesday 20 October accused of killing a horse with a crossbow and filming as it lay dying.

The man, a Norseman resident known only as Webb, was given bail and will reappear in the Magistrates Court on Tuesday December 22. Webb has been charged with cruelty to an animal, failure to guarantee the safekeeping of a firearm and ammunition, and possession of unlicensed ammunition. Norseman Police Acting Sergeant Michael Slaughter said the case came to light when a concerned member of the public contacted the RSPCA and reported what they had witnessed. “RSPCA referred the matter to us and we investigated it and executed a search warrant on the alleged offender’s address where several items were seized by the police such as a mobile phone, crossbow and arrow set and some firearms and ammunition,” he told the Esperance Express. {sidebar id=3}RSPCA spokesman Richard Barry said the footage was shocking. “It’s horrific and I did feel for a short time that I was watching a horror film,” he said. “This footage will cause outrage around the country if released.” Webb could be sentenced to five years in prison if convicted. This is the maximum allowed for animal cruelty. See Also:
Horse Shot With Crossbow And Filmed As It Died