Luke Nolan Does It Without Whips 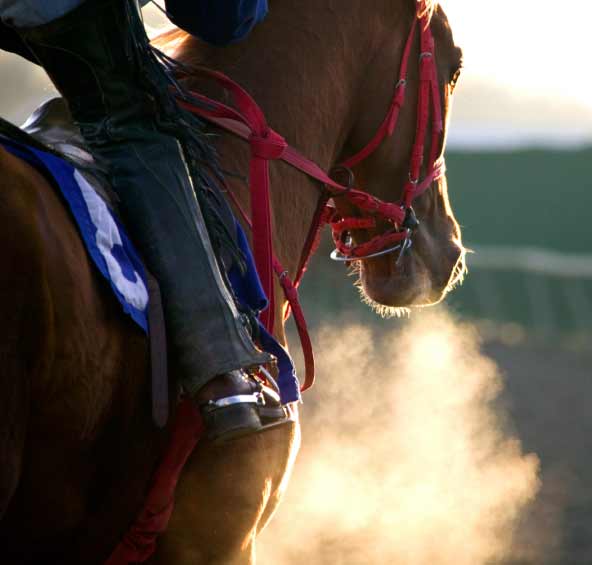 Leading Jockey Luke Nolen proved to a big Derby Day crowd yesterday that you don't have to whip it to win it. He urged his filly, Headway, home to a thrilling finish without using the whip once.