The McLeans On Show At National Equine Expo 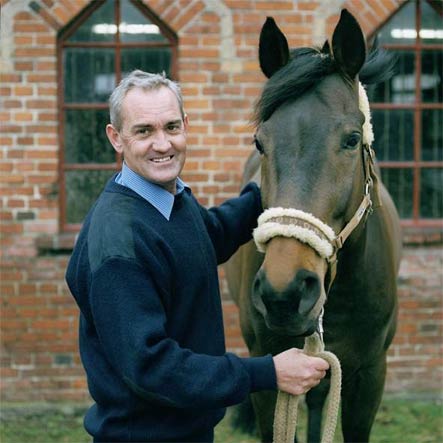 Two of Australia’s most well know Equine Trainers – father and son team Andrew and Warwick McLean – will be presenting their specialist training methods at this month’s National Equine Expo.

Andrew McLean, BSc, Dip. Ed, PhD, has a rare mix of academic knowledge and equestrian achievements. Andrew is a zoologist with a Diploma of Education and a PhD in cognitive science. He has won Australia’s premier Horse Trials, the Gawler Three Day Event, and represented Australia in Horse Trials in 1989. In dressage he has competed to FEI level and trained horses to Grand Prix level; he has also ridden to Grand Prix and Championship level in Show-jumping. He has held a race trainer’s licence and has won bareback races in Australia and New Zealand. Andrew has been an equestrian coach for 25 years and, with his wife Manuela, has developed the internationally recognised Australian Equine Behaviour Centre (AEBC). He has coached some of the world’s greatest riders, coaches and trainers and reformed internationally competitive horses up to Olympic Games and World Championship level, as well as some top Australian racehorses. Andrew has published numerous articles, and has made original contributions to our current understanding of the animal mind that have been published in peer-reviewed journals, academic texts and as encyclopaedia entries. He has been instrumental in forming the International Society for Equitation Science, of which he is vice-president. His goal is to create knowledge bases for equitation science in the universities of the world and to ensure that horse training is optimally ethical, sustainable and evidence-based. He conducts clinics in 10 countries, has given lectures and demonstrations at Saumur, France, and twice at the Global Dressage forum, as well as at many of the world’s leading veterinary universities. One of his books, The Truth About Horses, is Australia’s top equestrian international best seller and is available in Dutch, Spanish and Danish. Andrew is also the head trainer for WEPA (Working Elephant Programme of Asia) and conducts elephant training workshops throughout Asia promoting an elephant friendly method of elephant training that has been embraced by the Nepalese government in a 5 year plan. Andrew is joined at the National Equine Expo by his son Warwick who is the senior resident trainer at the Australian Equine Behaviour Centre. He conducts clinics in 5 states of Australia, 4 venues throughout New Zealand, in Finland, Denmark and the UK. Warwick is a keen competition rider currently competing at Grand Prix dressage on the Swedish Warmblood ‘Chiaretto’ and Advanced/Prix St George on the imported Hanoverian Stallion ‘Alessandro’ who he started and has trained himself over the past 5 years. He has also competed successfully at CIC** eventing. Warwick is renowned for his ability to produce relaxed and obedient youngsters and as an effective re-trainer of problem behaviours. The McLeans will be demonstrating their brand of science-based horsemanship in The Indoor Demo Arena at the National Equine Expo Bendigo at 4pm on both Saturday and Sunday 21 and 22 November. {sidebar id=3}