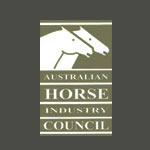 On the 23rd of April the State Agricultural Ministers met in Darwin as the Primary Industries Ministerial Council (PIMC) to discuss, in part, options for handling future Exotic Disease Incursions that would affect the Horse Industry.