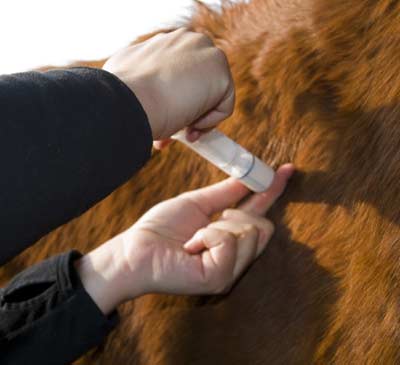 A revised AUSVETPLAN Disease Strategy for equine influenza (EI) has been developed based on the various reviews of the policy and operational aspects of the response to the 2007 EI outbreak in Australia. These include the Report of the National Review of Australia’s Response to the 2007 outbreak of equine influenza and discussions by Animal Health Committee on 'lessons learnt'. The revision of the disease strategy was carried out by an expert writing group and managed by Animal Health Australia. This revised disease strategy has been prepared because EI is one of the diseases listed in the Government and Livestock Industry Cost Sharing Deed in Respect of Emergency Animal Disease Responses (‘EADRA’). While the disease strategy has no legal standing unless the relevant horse industry organisations become signatories to the EADRA, the strategy may still be used as the basis for a response to an outbreak of EI. The default policy of the revised disease strategy is to contain and then eradicate EI by:
• an immediate widespread standstill on horses;
• quarantine and movement controls of horses and other potentially contaminated items to minimise spread of infection;
• implementation of a risk-based zoning / compartmentalisation system as soon as possible to define infected and disease-free areas and premises;
• strategic vaccination using a vaccine with DIVA (differentiating infected from vaccinated animals) capability;
• decontamination of facilities, equipment and other items;
• enhancement of horse enterprise and personal biosecurity;
• tracing and surveillance (based on epidemiological assessment) to determine the source and extent of infection, and subsequently to provide proof of freedom from the disease;
• industry support to enhance understanding of the issues, to facilitate cooperation and to address animal welfare issues; and
• a large public awareness campaign to maximise reporting and detection of infected premises. Vaccination would be used:
• in a radius of 1 – 10 km from infected premises or areas, to reduce the pool of susceptible horses near infected premises and to contain EI infection to declared areas;
• predictively in enterprises and populations of horses that could be expected to contribute most to future transmission of disease because of the proportionately larger number of people and other items (equipment, feed, vehicles) moving onto and off such properties, potentially from and to other properties holding horses;
• preventatively, in specific compartments of horse populations to mitigate consequences in infected and unaffected areas by facilitating horse movement and economic activity;
• within larger infected areas to increase the level of herd immunity; and/or • more widely if initial control methods have failed, and the disease has spread beyond the original restricted area (RA) and is likely to become endemic in the general equine population. If EI were considered to be widespread when diagnosed or continues to spread despite the application of the above policy, the policy for long-term containment (and possible eradication) of the disease would be determined following consultation between government and the horse industry. The strategies adopted may include enhanced biosecurity, long-term compartmentalisation and vaccination. {sidebar id=3}In accordance with the agreed process for the development and review of AUSVETPLAN manuals, the attached draft revised manual is now circulated to peak industry bodies for comment. This step in the consultation process will be followed by appropriate incorporation of comments received into a revised draft for examination by the AUSVETPLAN Technical Review Group. Finalisation is subject to endorsement by Animal Health Committee. Please circulate this document as widely as possible to encourage a broad range of views. Considering that the strategy is a large document, it may be useful to concentrate on Sections 3 and 4. This is an important document. Please take the time to read this and send your comments to Australian Horse industry Council by Friday 16th July, 2011 so that we can co-ordinate our response to AHA by the 30th July. Download the EFLU Industry Consultation 15 June 2010 document. (pdf)