Australian Horse Owners Have Ten Days To Decide Their Future 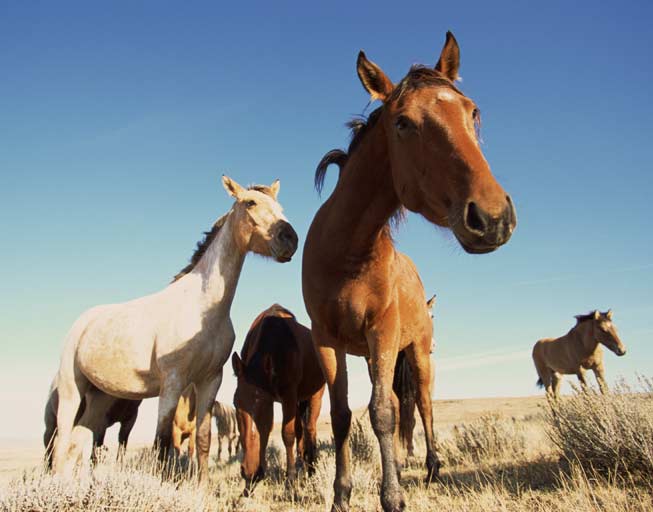 Horse SA has called on all horse owners, state and national, to respond to the Animal Health Australia paper on preferred levy options.

Executive Officer for Horse SA, Julie Fiedler, has spoken to the President of Pony Club Australia, Mr Greg Bailey, on the issue. “The Emergency Animal Disease Response Agreement (EADRA) sets out the working arrangements and cost sharing details in the event of an exotic disease outbreak," said Mr Bailey. "The EADRA guarantees that the Australian Government will underwrite the costs of an emergency response, enabling decisive action to be taken immediately. Such rapid action is critical in the effective control and eradication of an exotic disease – as we saw with equine influenza in 2007. “It should be noted that more than a third of the 65 diseases presently listed in the EADRA, could affect horses. When an outbreak occurs, a management group consisting of representatives of all parties to the agreement will decide whether to respond or not, based on which option will be the least cost to the horse community. It is estimated that the cost to the horse community if EI became endemic would ten to twenty times more than the cost of its eradication.” After an emergency response that is managed under the EADRA, the Australian Government allows up to 10 years to repay an industry’s share of costs. The money would be collected through a levy. Animal Health Australia acts as the caretaker of the Agreement, for all major domestic animal species. {sidebar id=3}“There is considerable flexibility as to the method of collecting a levy, and various mechanisms have been suggested," said Dr Mike Bond, Chief Executive of Animal Health Australia. "The Australian Government has some guidelines that must be followed, including a requirement for simplicity and ease of collection. While such collection mechanisms should be as fair and equitable as possible, it is generally accepted that whatever the methods used, it will never be possible to ‘capture’ 100% of horse owners.” The Federal Government has given the horse community until 1st December to reach agreement on an EADRA, and requires convincing evidence that such agreement exists. Horse SA has promoted this consultation period to all South Australian horse organisations, but as many are affiliated to national groups, the message to act quickly to provide a submission needs to reach all national bodies. “Our enemy is indifference,” said Julie Fiedler, Executive Officer for Horse SA. “Why would you leave the future of our industry to one Ministerial meeting? Have your say now so that a measured and considered approach can be taken for our future.” Further information and links can be found on the Horse SA Issues & Topics site Submissions close on August 13th and should be sent to Dr Di Ryan Horse.EADRA@industry.nsw.gov.au