Fate Of Horses In Tsunami Unclear 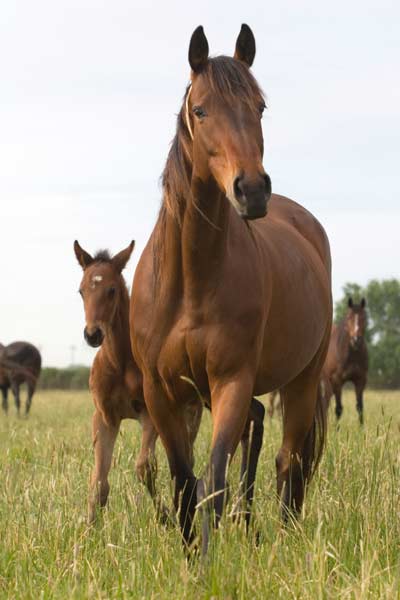 While much of Japan’s Thoroughbred Racing Industry seems to have escaped the devastating earthquake and tsunami it is unclear how the disaster has impacted the island nation’s Equestrian Industry.

The Equestrian Federation of Japan has over 6000 members and 3000+ registered horses making it likely that some of its members have been affected. In a brief statement on the JEF website the President of Japan Equestrian Federation said “I pray for the souls of those who died in our earthquake which occurred in eastern Japan, everyone was affected, I would like to offer our sincere sympathy to the people and their families. Best wishes for recovery and reconstruction as soon as possible.” Australia’s Brett Parbery (dressage) was teaching at a clinic near Mt Fuji in Japan when the earthquake struck. “We were in the indoor and when we felt the shake we went outside, then there was another shake. The ground was like a trampoline,” Brett told Equestrian Australia. “I was there for 2 more days following the first quake. The Japanese Federation was amazing, they prioritised getting me home. They escorted me to the plane. I was really lucky as there was only one airport open in Tokyo and my flight was booked to fly out of that airport. The airport was shaking when I got on the plane,” said Brett. Most of Japan’s racing industry is located on the island of Hokkaido and was largely unaffected. However, as the disaster unfolded Race organisers chose to cancel meetings until around April. There have been no reports of death or injuries to horses from the racing sector. The Souma City, Fukushima Prefecture region, which was devastated by Friday’s Earthquake and Tsunami, has been famed for its horse breeding for over 1000 years and it is possible that some horses were killed or injured during the disaster. {sidebar id=3}The Japan Equestrian Federation is collecting donations for those affected by the disaster. Email soumu@equitation- japan.com for details. World Vets are also organising donations and a team to help animals in the disaster zone. You can also follow World Vets on FaceBook. Japan Earthquake Animal Rescue And Support