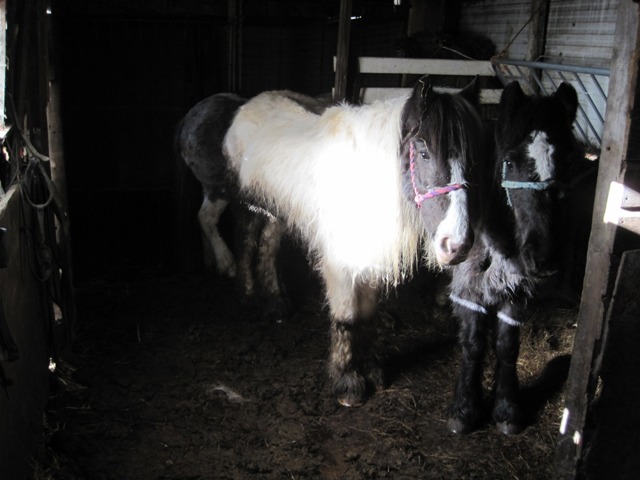 Two men and a woman from the same family received a 10-year ban on keeping horses and will be forced to pay thousands of pounds in costs after repeatedly ignoring advice from RSPCA and World Horse Welfare inspectors who had serious concerns for the welfare of the family’s ponies.

At the Sevenoaks Magistrates Court in Kent on 14 August Tommy Dunn Senior and Tommy Dunn Junior of Plot 6, Barnfield Park, Ash, Kent were sentenced to pay £5000 in costs each and Shirley Dunn was ordered to pay £500 in costs after pleading guilty to causing unnecessary suffering and failing in their duty of care under the Animal Welfare Act. A 20 week curfew was also placed on Dunn Sr and Dunn Jr was given 200 hours of community service. Shirley Dunn received a conditional discharge for two years. Eight native bred ponies were removed from the premises on 9 March 2011 after World Horse Welfare field officer Claire Gordon, RSPCA inspector Andrew Kirby, a vet and police officers attended the site after a number of previous visits where the welfare charities offered advice but were powerless to act within the law. Upon being granted access to a dark barn, they discovered eight ponies, many tethered to the walls so tightly they could not lie down. The barn was overcrowded, unventilated, with no access to food or water. The ponies were found dehydrated and starving, covered in lice and riddled with red worm. The vet immediately determined they were suffering and the horses were removed under the Animal Welfare Act. The ponies are now thriving and undergoing rehabilitation at World Horse Welfare’s centres and will be found loving new homes. “This is a good result for the horses”, says Claire Gordon. “Had the owners in this case listened to the advice given by World Horse Welfare and the RSPCA on previous visits, these horses would not be in this condition and the RSPCA would not have had to prosecute. Prosecution is always a last resort as we prefer to work with horse owners to improve welfare, but in this case the owners did not listen to our repeated advice, which was met with hostility and sometimes aggression. Thankfully, the horses are now safe and doing well.” Source: World Horse Welfare