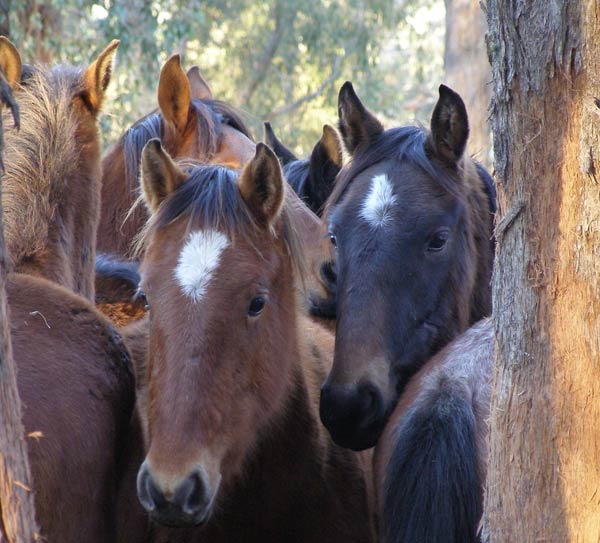 President of the Beaufort, Victoria based Victorian Brumby Association Colleen O’Brien has been selected to give a talk on the Evolution of Brumby Management in Australia at the International Wild Equid Conference in Vienna this month.

The International Wild Equid conference is the first of its kind and is being held to celebrate the successful reintroduction of the Przewalski Wild Horse back into the wild in Mongolia, twenty years ago. Topics covered will relate to both wild and feral horses from Australia, Europe, Africa and America and so on; fertility control, management etc. Brumbies, Mustangs, Wild Onagers and Zebras, to name a few will be discussed. Colleens says: “This trip would not have been possible without a travel grant that I have received, which we are so grateful for. Being at this conference allows us to not only present the current situation in Australia to the worldwide wild horse community, but also to learn from other countries, network with similar organisations and develop our contacts.” The Victorian Brumby Association has rescued and rehomed nearly 280 Brumbies since 2007 and also lobbys to improve the management methods used on wild Brumbies as well as running educational clinics to support new Brumby owners and horse owners alike. The four day conference will consist of three days of intensive scientific program including workshops. Keynote speakers include Daniel I. Rubenstein, Princeton University (Ecological niches and strategies of the different equid species), Joel Berger, WCS and University of Montana (Equids within the context of landscape level conservation) and Sandra L. Olsen, Carnegie Museum of Natural History (The cultural perspective of the human-equid relationship). For more information visit the Victorian Brumby Association website.