The Way Of The Horse - A Hit With Overseas Audiences! 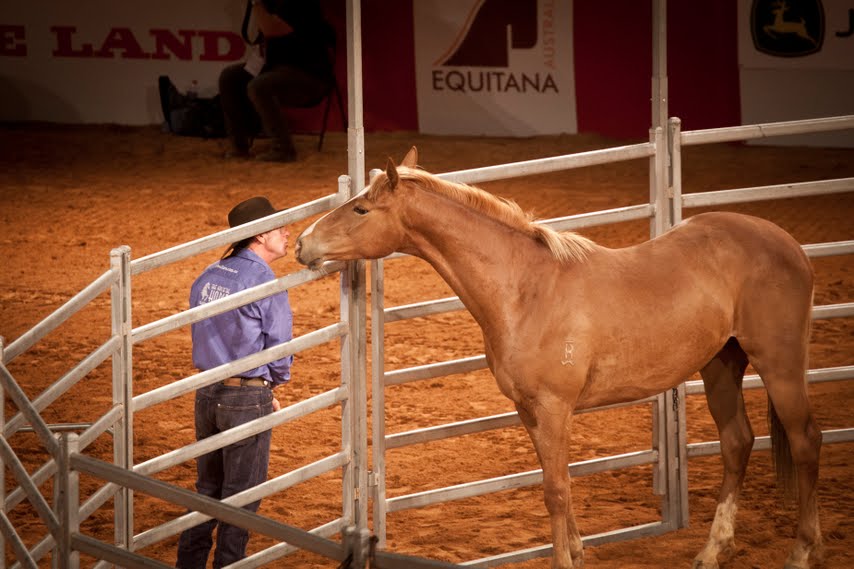 EQUITANA Australia and Frazzica Productions, the broadcast production partner for The Way of the Horse – Australian Horsemanship Challenge (TWOTH), are proud to announce that the challenge has now reached overseas audiences, who love it as much as Australian horse fans! In March this year, TWOTH 2010 was aired by Horse & Country TV, which has an audience of around 250,000 viewers weekly in the UK. The network also airs in the Netherlands, France, Ireland and Malta and the Sky Cable Network, giving it an overall reach of almost 12 million potential viewers.

TWOTH reached the number one spot on Horse & Country TV in the first week of July 2012 and the network and producers are delighted with this outcome (results supplied by BARB data in the UK) and are looking forward to airing the 2011 contest in October. During the TWOTH 3-day challenge, three of Australia’s leading horse trainers demonstrate their highly personal and specialised methods of connecting with an unbroken horse. In Melbourne this year, the Trainers vying for the title of champion are Paul Clarkson (NT), Ken Falkner (QLD) and Naish Hogan (QLD). Although from diverse backgrounds and favouring different methods of training, Paul, Ken and Naish have one very important thing in common; they are united in their effort to change the “traditional” mindsets regarding starting and training a young horse, with one that creates a willing and happy riding partnership. We are very proud of our achievement as the only Australian program on the network and we are looking forward to a long relationship with both EQUITANA Australia and Horse & Country TV. We have always believed in TWOTH! – Joe Frazzica, Executive Producer, Frazzica Productions. This is not only great news for the EQUITANA team, which has worked on the development of the contest since 2006, but also for Australian Trainers and the country’s Horse Industry. This year we are working to expand the airing of TWOTH onto Australian television stations and also into the USA, reaching millions more with the message of caring horsemanship. – Rod Lockwood, Director, EQUITANA Australia. The Way Of The Horse 2011 Sydney DVD is now available from horserushtv.com For more information on The Way Of The Horse 2012 Challenge visit equitana.com.au