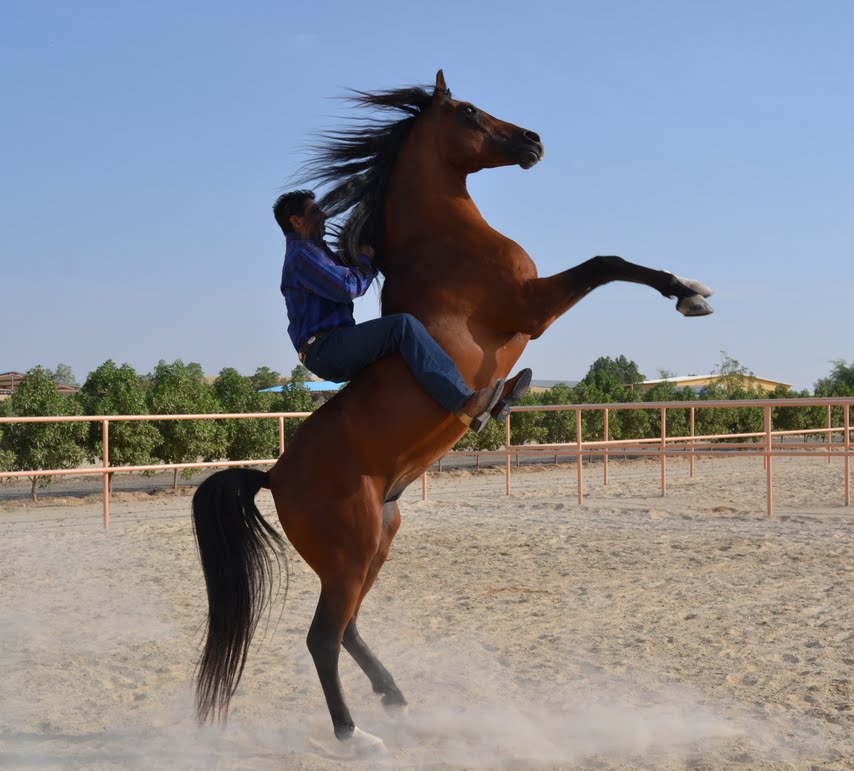 The two hour Showcase will be presented as the grand finale to EQUITANA Melbourne on Sunday 18th of November at 4.30pm. The show is pure equine entertainment, with some of the best riding and horsemanship from around the world. The showcase will be presented in the undercover Grand Pavillion with a projected rooftop of starry sky, while top notch sound, lighting and a big screen above, accentuate the acts on the arena.

There will be an exciting "ride off" when international star presenters, Josh Lyons, Mary King, Ali al Ameri and Richard Winters meet Aussie riders in "Anything You Can Do I Can Do Better"! In this segment, our Dressage Ambassador, Stephanie Spencer, will pair up with renowned US trainer, Josh Lyons to see which style of dressage really is the best – traditional or cowboy! Next will be US Cow horse Champion, Richard Winters, who will go up against UAE horse tamer, Ali Al Ameri, riding the amazing Arabian stallion, Snow’n’Fire, to see who can pen the cow in the fastest time. The challenge with this one is that they will be facing a “thinking” and fast moving cow - a.k.a. our guest Mounted Games rider and his manoeuvrable pony! The third combo presents an eventing competition with a difference, as UK Olympic legend, Mary King, meets Australian Stock Horse rider, David Nash, in a time trial through a bush course that is likely to give Mary a few surprises. But the real test of skill for all these riders comes when each of our “partners” has to exchange horses and attempt the other’s method of riding – against the clock! But the entertainment doesn’t stop there. The showcase also features skilled carriage driving with large and small rigs performing intricate patterns, bush comedy by Luke Thomas with his trick horses and dog joining in the fun, dare-devil Roman riding, beautiful liberty horses performing with world class musician, Sarah Moir and dancer Mikayla Barber, a trick riding quadrille that will leave you gasping and a reining Pa de Deux by Josh Lyons and David Simons that is truly unbelievable! Visit Equitana Australia for ticket sales and more information.