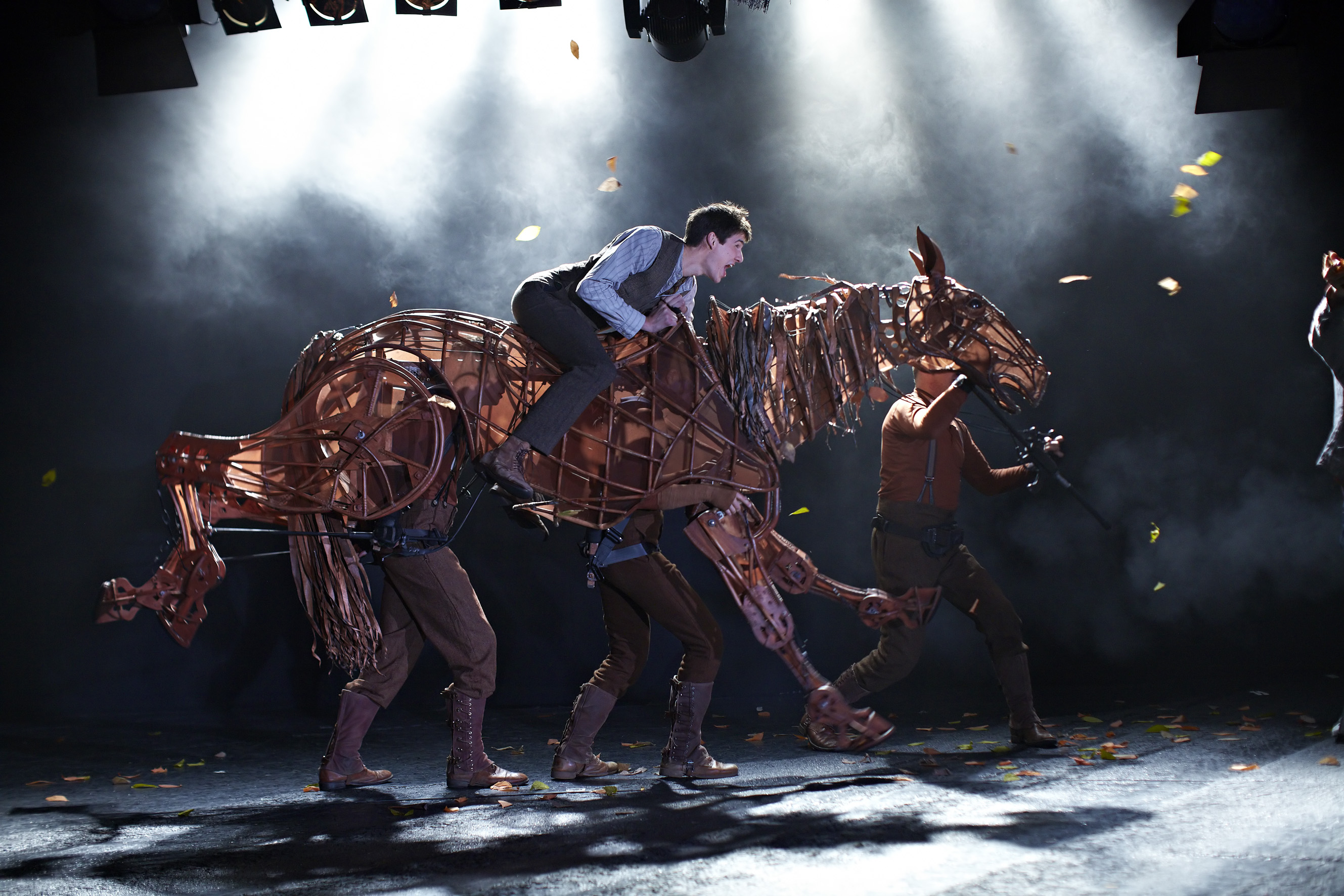 EQUITANA Australia is excited to announce that the stars of the amazing cast of performers and puppets of WAR HORSE will make an appearance at the Melbourne event this year.

The National Theatre of Great Britain and Global Creatures are thrilled to be bringing War Horse to Australia and the production will have its Australian Premiere at the Arts Centre in December 2012. Since opening in 2007, War Horse has gone on to win numerous prestigious awards including two Olivier Awards, five Tony Awards and four Outer Critics’ Circle Awards and has been seen by over 2 million people worldwide. War Horse is a remarkable tale of courage, loyalty and friendship. The exhilarating story of a young man’s journey to find his beloved horse Joey, against the backdrop of World War I, is an incredibly powerful spectacle you need to see to believe. At its heart are astonishing life-size puppets, created by South Africa’s Handspring Puppet Company, who will bring breathing, galloping, full-scale horses to life on the stage. WAR HORSE will have great resonance with Australians, not only because of Australia's connection to World War I, but also because the themes of land, loss and the ultimate triumph of friendship have always had a special place in the Australian psyche. At EQUITANA Melbourne, audiences will have the chance to see one of the main characters of the show, “Joey”, the beloved horse of a boy called Albert, who is sold to the cavalry at the outbreak of World War I and shipped to France. Joey is soon caught up in enemy fire, and fate takes him on an extraordinary odyssey, serving on both sides before finding himself alone in no man's land. But Albert cannot forget Joey and, though still not old enough to enlist, he embarks on a treacherous mission to find him and bring him home. Joey and Albert and the talented Puppeteers who animate the amazing WAR HORSE character, can be seen on Saturday 17th of November as part of the Dressage Freestyle evening entertainment and also on Sunday 18th of November in the Family Entertainment Showcase. So don’t miss this incredible experience – tickets are selling fast! Visit Equitana Australia for ticket sales and more information.