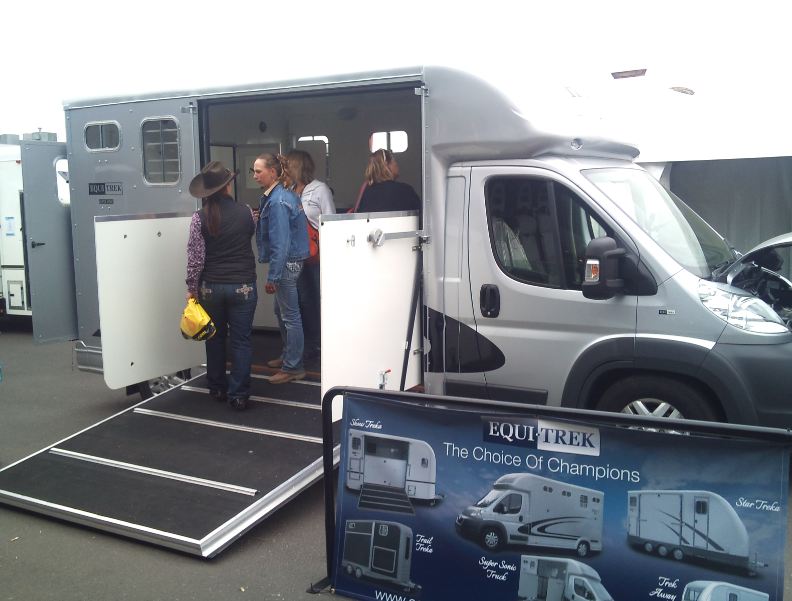 One of the things I really wanted to do at Equitana this year was take a close up look at horse transport – floats, goosenecks, trailers and trucks . There were around a dozen different models displayed and just over half of these were from overseas (USA or European).