Cream Of Australia Aims To Rise To The Top In Adelaide 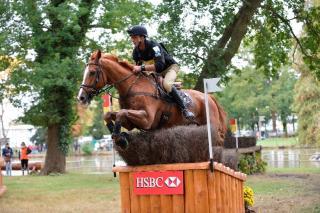 Riders in the northern hemisphere may have packed up for their winter break, but it’s all go at the other side of the world as competitors prepare for their premier event, Australia’s International 3 Day Event in Adelaide, the second leg of the HSBC FEI Classics™ 2012/2013.

The Australian event offers them a chance to get a foothold on the leaderboard for the valuable HSBC FEI Classics™, in which last year’s Adelaide winner, Stuart Tinney (AUS), secured fifth place in the overall standings for the 2011/2012 season. This year, Tinney, an Olympic gold medallist in 2000, rides the 14-year-old grey Pluto Mio, recent winner of the Goulburn CIC3*. Two members of Australia’s 2008 Olympic silver medal team are competing: Shane Rose, who rides APH Moritz, second behind Pluto Mio at Goulburn and a recent winner of Berrima CIC3*, and Megan Jones. Jones rides the veteran Kirby Park Irish Jester, the horse on which she won her Olympic medal, and also a team bronze at the 2006 FEI World Equestrian Games™ and four FEI World Cup™ Eventing competitions. The diminutive grey gelding is now 19. There are seven CCI4* first-timers, one of whom will take home the HSBC Training Bursary worth US$1,000 for the best CCI4* début. One of the group is Craig Barrett, husband of the Australian team coach Prue Barrett, riding Sandhills Brillaire and Wendela Jamie. The all Australian field will come before a Ground Jury led by Christian Landolt (SUI) as president, who is joined by Marilyn Payne (USA) and Vicky Brydon (AUS). Alec Lochore (GBR), who directed the Eventing competition at the London 2012 Olympic Games, will act as Technical Delegate. The event, directed by double Olympic gold medallist Gill Rolton, literally stops the traffic, as the Cross Country takes place in the city centre, in Victoria Park, where Course Designer Wayne Copping is sure to have built another spectacular thriller. Follow the action on www.australian3de.com.au and www.fei.tv. Discuss this article with other users on the Horse Forums. Got News? Send your news stories and press releases to the HorseYard News Desk.